This is the first day of 2012 and we are looking at a fresh start with a  whole new year in front of us.  What will you bring to Ms. TooTall and the family, 2012?

This is the time in which many are making New Year’s Resolutions; however, I am not really a fan of a “resolution” per say .  I think that many treat resolutions like rules with the “they are made to be broken” type attitude.  So in absence of a New Year’s Resolution, each year I attempt to develop some sort of challenge for myself .  As with all good plans/challenges, it needs to most importantly bring about a good story in the process!  I really believe that over half of the endeavors in which I have   completed were for the sole sake of having a good story.

Thru the years, we have developed some REALLY good stories.  Still one of my favorites was the 2005 Rim to Rim hike thru the Grand Canyon with (Me), Sara (my sis), Lisa E., Lisa’s Cousin Cindy & Lisa’s mom:

That adventure was my foray back to fitness.  It was a long road but I not only hauled my person from the North Rim, to Phantom Ranch on the Colorado River but then up the South Kaibab Trail for a finish on the South Rim.  Good times.  Good memories.  And it was a heck of a workout!  This adventure was a catalyst to my current state of fitness.  More importantly, it gave me the confidence to also try other things that prior to that point, I would have NEVER though possible.

Me & Abby S. during the Inaugural 2008 Fort 4 Fitness Half Marathon:

I’m unzipping the black wetsuit in the middle. 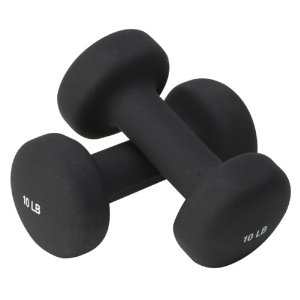 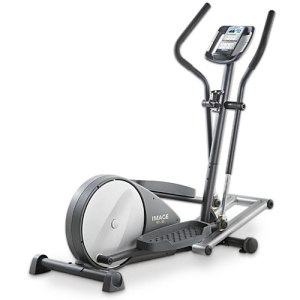 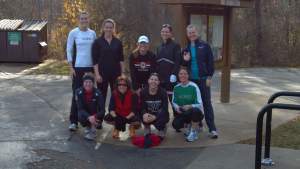 So after so much fun  it is hard to create a budget friendly challenge for the new year.  Last year I challenged myself to run 1000 miles.  I made it despite fighting injuries from March thru year-end.  This year I wanted something new and fresh and along came….

So the big adventure for Ms. TooTall for 2012 will be participating in a chicks only, 6 person, ultra relay team for the Madison to Chicago Ragnar Relay Series. 33 miles over the course of 2 days/nights in early June.  This is gonna be fun and should provide us with a GREAT story!

I will also be running the 2012 Chicago Marathon and delving back into Triathlon after a long bike hiatus from Mr. Michael’s birth/toddler years.   The goal is a 1000 running miles and 1000 bike miles.  This will be TOUGH for me but I joined Team Tough Chik for 2012 so hopefully that will provide extra support that I need to make this happen!  If you are interested in being on Team Tough Chik for 2012, click HERE.  The deadline for joining the team has been extended until Jan 7.  See a few of my fellow Tough Chiks below.

What do you have planned for 2012?  Do you make New Year’s Resolutions?