As we close out Thanksgiving for 2012, I look back at what the year has brought us.  It hasn’t been easy and I’ve wanted to jump off the roof to avoid the noise of screaming/fighting children multiple times but it always seems a little better in hindsight and I am always thankful.  I’m thankful for the health of our “little” ones.  I’m thankful hubby and I both have jobs.  I’m thankful hubby and I haven’t killed each other because of those little screaming/fighting angels in stressed out states of mind.  I’m thankful the holidays are upon us so that we can CELEBRATE the close of 2012  glory of the season.

For me, the best part of 2012 has been watching Aby come into her own as a runner.  Watching her on the Cross Country course, really running, in a strong way I had never seen before this year.  Watching her at races, as I trailed behind her knowing that forevermore, she will be the fastest runner in the house. 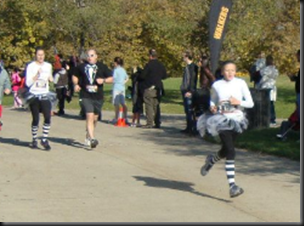 Running side by side with her on the trail and in weekend runs when she opted to stay with me rather than running ahead. 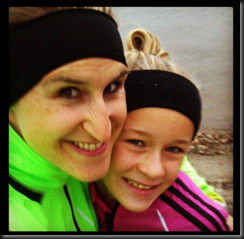 Taking her to races that she has never been able to run before because I now know that she can hold her own and is mature enough to handle real races and tough terrain. 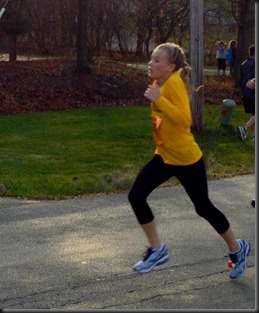 Watching her collect some serious hardware along the way. 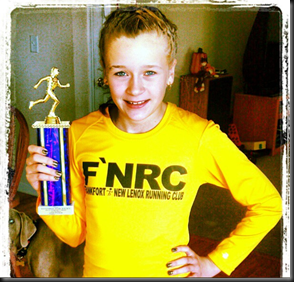 It really has been an amazing year!  The Thanksgiving Holiday brings most of us a 4 day weekend and plenty of time to reflect on the things for which we are thankful.  It is by far my favorite weekend of the year and the only one where I can expect 4 days off work in a row.  The only one we automatically know on which day of the week the holiday will fall.  Definitely the easiest one to plan and the easiest to set up annual traditions.  I’ve been trying to become more traditional over the last few years, trying to keep at least a few things the same from year to year in both family and life so that on occasion we can step away from the chaos for just a minute and KNOW what to expect. During a time where we are taught to expect the unexpected, it’s comforting to make, and then hang onto, a few traditions.

Which holiday is easiest for you?  Which holds the most “traditions” for you and your family?  More up on our Thanksgiving traditions tomorrow!

4 thoughts on “Beyond Thankful…..”