As I previously mentioned, life around the TTF household has been slightly chaotic thus the lack of a timely race report.  In fact, it’s been down right stressful!  But we keep on keeping on, right?  Yes!  So I showed up for Ironman 70.3 Steelhead overweight, undertrained but ready to tackle whatever the day tossed at me.  Remember, I do this for fun.  I run, train, TRI as a stress reliever and for a little bit of “me time” amongst the chaos.  Total bonus is when I get to spend time with friends.  Aby and Julie M were my race weekend support crew and we rolled into Saint Joseph & Benton Harbor MI with smiles on our faces!

We hit packet pick up, listened to the pre-race meeting, figured out the new swim course, racked my bike and hit the expo while Aby constantly reminded us that she just wanted to go to the beach.

There is something final about leaving your bike in transition.  Most of us are on our second or even third or more bike.  We started at the bottom with a low level road bike and worked our way up.  We have an emotional attachment to our bike that is hard for people who do not ride to understand.   Most of my friends actually have a name for their bike, I do not.  But I still love it.  And I spend a lot of time with it.  And it never sasses me or talks back.

So I bid my bike farewell and it sits in transition, awaiting my return and trying to soak up the calm before the chaos of race day begins.

When I return it is race morning.  It’s full on chaos.  Transition is packed.  It’s still dark.  Trying to set up transition in the dark, with 2499 of our new friends, just begs for things to be forgotten at the bottom of the transition bag!  But we are finally set up and started inching our wetsuits on for the swim start.   Wendy, myself & Judy getting ready to head to the beach for our 1.2 mile swim!

Swim waves went out in 4 minute increments.  Judy was in the first wave at 7:00 am and Wendy and I were 12 minutes behind at 7:12am.  There was a last minute change to the swim course to keep the swim start & finish close together on the beach.  The change resulted in us having to swim further out into the mammoth body of water known as Lake Michigan.  What Lake MI delivers on a given day is just a surprise so I was ready for the worst like IM 70.3 Racine in 2013 and hoped for the best.  New course:

Water was calm at the start!  Yes!  But the course wasn’t as nice as the pretty picture above.  We were swimming at an angle and it seemed like every buoy turned us a bit and we had to reposition.  It wasn’t as easy as it appears, plus I felt VERY crowded in the water, both by the ladies in my wave, as well as the fast swimmers behind me.  It took me a good 3 buoys to get myself together and just do my own thing but then as soon as I’d get in a groove I’d have a swimmer in front of me swimming perpendicular to me.  I need to be more aggressive in the water but I’m not at this point.  Swimming is the easy part of the TRI and I don’t really rush.  When someone is swimming the wrong way in front of me, I stop and let them clear my path.  Doesn’t make for a very speedy swim but keeps me comfortable.  Something I need to work on for the future!  Anyhow, I finally navigate the swim course, it was marked well and easy to follow.  No clock when I got out of the water, which was odd, but I could make out the start line clock, that read 8:00 am real time.  That put me in the water for 48 minutes and I was happy with that considering my lack of swim training.  However, Ironman clocked me at 55 minutes via my chip so I’m not sure how I messed that up.  Or why I was in the water so long because overall the swim was decent, I wasn’t panicky, there were some rolling waves out on the back side of the course but nothing too crazy.  I kept moving but yes, I did stop numerous times to avoid “random” swimmers.  But it was a beautiful day and I kinda enjoyed the cool, crisp, clear water.

No wetsuit strippers but I managed to get unzipped and unsuited.  On to the bike!  The bike as you know, can make or break you and is the longest segment of any triathlon.  This race is a half ironman, AKA 70.3 race, where all the mileage equals 70.3 miles at the end of the day.  1.2 mile swim, 56 mile bike & 13.1 mile run.  I had been having bike issues most of the season.  Issues with my shifters.  Issues with getting out for longer rides.  Too many issues.  I really had no idea what I could do on the bike so the plan here was to hold back on the first half, eat, drink and relax.  Get thru the nasty/bumpy section of bad road, then try to be somewhat “fresh” for the last half and all those uphill sections (which suck the wind and energy right out of me).  One loop course, which is my preference.  I hit the half way mark (28 miles) right at 1 hour 30 minutes and vaguely remember thinking, “wow, if you keep this pace, you might break 3 hours”.  But then I dismissed the thought immediately because I knew that there were some nasty uphill sections to come.  I really didn’t have much of a strategy.  As I’ve said, I’m super bad riding uphill, I was down into single digits so many times, 9mph was very common.  But I USED the downhill.  No matter how tired I was when I got up the hill, I was ready to rush the down.  And I did that to the best of my ability. At the end of the ride, when my butt hurt so bad I wanted to toss my bike I was tired, that’s what held me together, crushing the downhill.  Then eventually the thought that just possibly, if I kept pushing, I might, just might break 3 hours on the bike.  And I did.  2 hours 59 minutes on the bike.  HUGE triumph for me after a summer (full year really) of trials and tribulations.  Happy girl.

After a phenomenal (for me) bike, I hit the run.  I hadn’t done one brick all season and my legs had trouble spinning off the bike.  Took about 3 miles to get in my groove.  Course had two run loops.  There were 3 big hills on the first loop.  2 on the second.  I walked the entirety of each hill.  I also walked thru each of the aid stations and made sure that I got enough fluids, ice and refueled with coke and small bites of banana.  Run went well.  I wasn’t dead but not speedy.  I thought I’d run a 2:15 but at the end of the day I was at 2:21 with the walking.  It was a good day.  We had cloud cover, which was  a HUGE help (especially to those who melt in the heat, like me).  Temps were in the high 70s at the finish (78 degrees).  It was a bit sticky with humidity but manageable thanks to the clouds.

I’ve now participated in all 3 Midwest Ironman 70.3 events.  Muncie in 2012, where I took a DNF due to a torn tendon in my foot (race was also downgraded to Olympic distance due to extreme heat – 108 degrees).   Racine in 2013 where the monster waves and bumpy roads stole the show.  And now Steelhead.  There were things I liked about each of these events.  The bike course at Muncie was FUN and the hills seemed manageable.  Not too steep but big enough to produce some speed.  The run in Racine was beautiful with scenic views of Lake Michigan.  But Steelhead was different.  It felt like home.  My family goes up to Saint Joseph MI on occasion for day or weekend trips, year round.  My friends Judy & Julie M both have “cabins” within a reasonable distance of the race site.  In fact, we actually went up and I was able to ride the course once before race day.  So, yes, it’s a big fancy race, but one that felt like it was on our home turf.  And there is no denying the home field advantage.  And that’s how this race felt, like I had an advantage cuz I knew where to hold back on the bike and where to push.  I really enjoyed Steelhead.  Great race.  Great volunteers.  Plenty of aid stations on the bike (3) and on the run (5 each loop).

In closing, I’ll address the full Ironman issue one more time.  I’m frequently asked “when” I’ll do a full ironman.  First, a full Ironman (2.4 mile swim, 112 mile bike, 26.2 mile run) just isn’t for everyone, so it’s important to realize that it’s just not what some people call fun.  But for myself, I’ve been dreaming about the full distance since my first half in 2008.  Then I was blessed with a bouncing baby boy in 2009.  Baby boy is growing, CRAZY and is becoming more self sufficient each and every day.  In fact, he started kindergarten this year and will be turning 6 in just a couple weeks!!!

I think we are finally at the point where I could tackle it, IF I could justify spending the money to register.  In fact, I’ve been upgrading my equipment for years so that I’ll be ready when the time finally arrives.  However, the last year has brought us a lot of change and financial strain.  We have taken steps to rectify the problem (Hello, NONPAYING IL renters, I’m talking to you.).   Then, maybe, I can tackle the full ironman.  It’s something that I think about every day.  I even think about it when I should be sleeping.  It’s definitely “on the list” but I need to make sure that its something the family can endure in terms of time commitment to my training and also the $$ commitment of the registration fee and travel expenses.  Plus, I need to find a race that will NOT interfere with Aby’s Cross Country season.  So those are a few of the reasons as to why I’m not YET an IronWOman.  But I’ll get there and it will be all the sweeter when I do because I waited for the right moment. 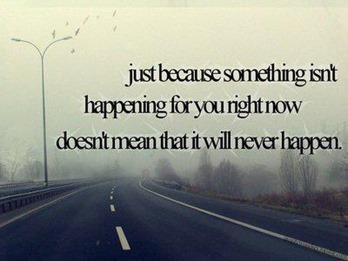