2016 was infinitely better than 2015 in so many ways.  First, our IL house sold!  Yes!  We didn’t make any $$ but it was a huge burden to be lifted from our shoulders & it allowed us to do some much needed work on our current house.  Second, the kids were insane but definitely adjusted better this year to our new hometown.  Third, I was able to run all year.  Although, I had some issues with my back, I was “mostly” healthy and while I was limited on my biking and some other things, I ran every step of 2016 with a smile on my face.  And that my friends, it a big fat win in my book!  Yay for running!!

Best Race of the Year goes to the Flying Pig Marathon.  I really can’t say enough about this race in Cincinnati, OH.  I heard it was good but, really, it was great.  Everything from the Expo to the race itself.  The community support was beyond amazing.  Entertainment.  They had every snack you can imagine on course (bacon!!!), stations where you could toss a basketball up to a hoop, cooling stations, great views.  Fun, Fun, Fun is how I would describe Flying Pig.  It really is a must do but yes, there are hills, and then more hills, and then a few more.

Best Course of the Year goes to Rock N Roll New Orleans.  It was really tough to award Flying Pig the best race of the year because RnR New Orleans was a close second.  I do think the crowd support and expo was better at Flying Pig and that’s why they get the win.  But I can’t leave New Orleans out of the mix.  Amazing race.  Amazing course.  Amazing city.  If you are looking for a city tour while you run, then RnR New Orleans is your race.  You see everything on this course from the French Quarter, Garden District, Decatur Street, Jackson Square, French Market to City Park.  The half marathon runs with the full the entire way til they turn off at mile 13 for the finish.  The full then goes around Lake Pontchartrain, over the levies & back toward the finishers party.  Amazing race.  I’d love to make a return trip and run it again. 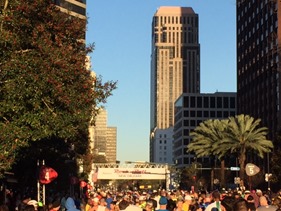 It was a full year.  And I’m grateful for all of those finishes!  Some of those were much harder than others!

Best SWAG of the year goes to the Huff 50K!  Although a close second goes to Flying Pig. And I really LOVED the RnR Finisher Jackets this year! 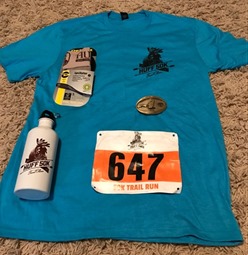 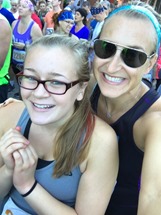 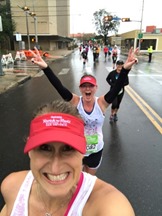 Best selfie of the year:  Bike Selfie at the Cutting Edge 70.3 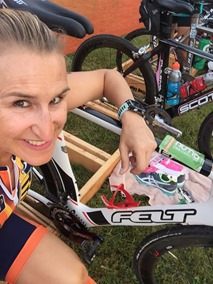 That’s a wrap for 2016!  I hope that all of you had an amazing year!  More importantly, my wish for you is a happy, healthy, prosperous 2017.  Remember to keep dreaming, keep believing and if your goals don’t scare you …… they aren’t big enough!